I arrived to Australia in 1999 at age 39, fleeing the inter-tribal conflict in my country Kenya where I grew up. At that time, I did not have any knowledge of how to integrate within the community I was living in. To rebuild my life I started to volunteer with various organisations.

One of the volunteer organisations I co-founded was the African Women Dinner Dance. The group works with hundreds of mostly African women from culturally and linguistically diverse (CALD) backgrounds. The dinner dance has since become a yearly highlight for many of Sydney's African women. To overcome the challenges of isolation that many feel, women share knowledge and experiences through storytelling, dancing, and traditional food.

I have been working as a Swahili language interpreter for the last 20 years and 10 years with the Translating and Interpreting Service (TIS National). I do Swahili interpreting on a part-time basis, as being a single mum on one wage is very hard. I also work full-time with the New South Wales Police Force as a Multicultural Community Liaison Officer. I think imparting knowledge and information to people, who are new to Australia, is the most important aspect of my job. 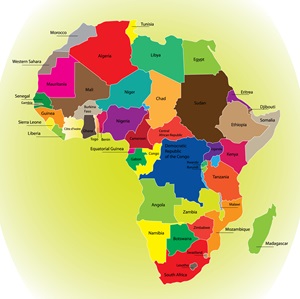 Swahili language, also called kiSwahili, or Kiswahili, is spoken either as a mother tongue or as a fluent second language on the east coast of Africa in an area extending from Lamu Island, Kenya, in the north to the southern border of Tanzania in the south. Swahili has been significantly influenced by Arabic, with numerous borrowings, including the word swahili, from Arabic sawāḥilī (meaning 'of the coast').

Swahili is a Bantu language with about 15 main dialects. The Bantu languages form a subgroup of the Benue-Congo branch of the Niger-Congo language family.

Waswahili, are people who speak Swahili as their first language, but this name does not denote any particular ethnic or tribal unit.

About one in five Australians who claim Kenyan ancestry live in Sydney. According to the 2016 Census, 11,500 people in Australia spoke Swahili.  TIS National continues to experience demand growth for Swahili, which is now in the top twenty languages by demand.

Interpreter career highlights are an inspiration to her community, CALD women, and family

My inspiration for becoming an interpreter arose when I realised the importance of communicating with people from a Swahili speaking background about Australian programs and services. There were also very few female Swahili interpreters. Migrants face difficulties when they first arrive to a new country. As a supporter of women, I wanted to help them to overcome the feeling of being isolated due to a combination of cultural and language barriers.

On top of knowing the language, to be a good interpreter, you have to understand the context of what the client is talking about. I am a good listener and understand the culture well. This enables me to interpret for women experiencing domestic violence and in healthcare settings such as doctors or counselling appointments.

In my spare time, I work on films and documentaries. The film Baulkham Hills African Women Ladies Troupe, released in 2016, celebrates the remarkable life story of four African Australian women from Eritrea, Kenya, Guinea, and Sierra Leone. The filming took place over three years and is about the personal journeys of the women, including myself. It highlights the challenges we went through:  surviving abuse, kidnapping, and war in Africa. Most recently, I participated in another documentary titled Rosemary’s Way. It is about a group of vulnerable migrant women in suburban Sydney whose lives I helped transform from isolation to connection through a cultural exchange program.

As busy as I may be, I always make and look forward to quality time with my family. I enjoy dancing and cooking Kenyan food. I have learnt cooking through watching my mother. I combine the knowledge of my mother’s cuisine with a twist on recipes from reality TV cooking shows such as MasterChef and My Kitchen Rules. I am a happy young at heart person and am full of life. I am a mother, grandmother, friend and confidante. I view the world with a positive eye and open mind.

Becoming an interpreter has also helped with enhancing my own language skills and the extra money is a bonus!

My advice for aspiring interpreters

My advice to aspiring interpreters is to interpret exactly what the client says, therefore accurately reproducing the meaning in the target language. This will enable you to convey the message and to conduct yourself professionally. It is also important when ethical challenges arise that an interpreter recognises and applies correctly their ethical knowledge. To achieve this, I recommend ongoing professional development and complying with the Australian Institute of Interpreters and Translators (AUSIT) Code of Ethics, at all times.

Working as an interpreter is a great career. It is a career for life! There are many rewards but the best reward is when you hear ‘thank you’, after every session. This means I have done a good job and achieved my goal of making a difference in other people’s lives.


« Back to Interpreter profiles